'Captain America on the Battlefields of Brooklyn' published in FreezeRay 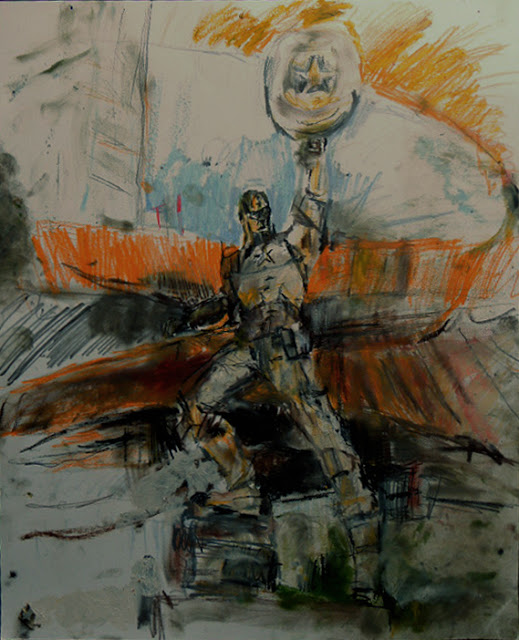 I am thrilled to announce that my pictorial essay

'Captain America on the Battlefield of Brooklyn' has been published in the May 2018 issue (no. 15) of FreezeRay

The work tracks the presence of a statue to Captain America 'Just a Kid from Brooklyn' on places where the largest battle of the American Revolution, the Battle of Brooklyn, had been fought to a disastrous end and whose memory has been effectively erased.

Thanks to all!
Posted by Howard Skrill at 8:29 AM No comments: