The Strange, Wild, Improbable Journey of the Triumph of Civic Virtue over Unrighteousness: A first reading from Howard's book length monograph Damnatio Memoriae on Saturday, Sept. 24th, 2016 at Artslope, Brooklyn 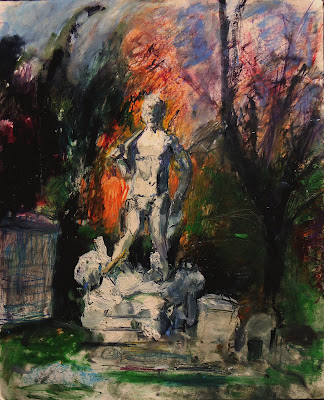 Civic Virtue among the tombstones of Green-Wood Cemetery, Brooklyn 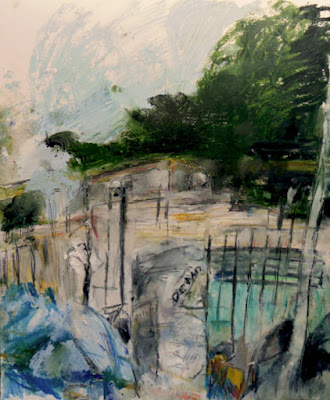 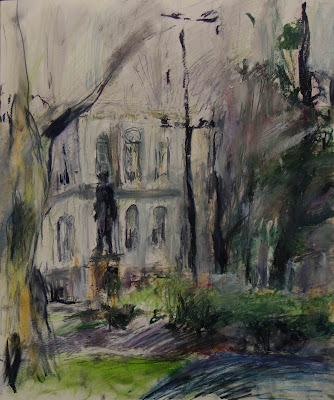 I recited excerpts from my chapter on Frederick William MacMoinnes' The Triumph of Civic Virtue Over Unrighteousness at the Kumon Pop Up Space for the Park Slope Windsor Terrace Artist Group's participation in Artslope. To read the excerpt, please cut and paste the following link:

https://drive.google.com/file/d/0B6b5C3siPMtWbHdiZ29UTElRZmc/view?usp=sharing
Posted by Howard Skrill at 11:39 PM No comments:

Poster announcing the Artslope group exhibition published. Please join us from 9/17 to 9/25 at 575 5th Ave in Park Slope on the corner of 16th St.

I would like to thank Bob Hagan for introducing me to the broader community of local artists and for inviting me to participate in the following:

[here is the link to the poster Bob designed: https://parkslopewindsorterraceartists.wordpress.com/

with Bob at his studio for the Park Slope Windsor Terrace Open Studios in November 2016.

Please check out Bob's work that occupies a similar patch to the Anna Pierrepont Series: https://www.artsicle.com/Bob-Hagan
Posted by Howard Skrill at 7:11 AM No comments:

Brooklyn Daily Eagle provides quotes from my statement at the commemoration of the Prison Ship Martyrs Monument in their Sept. 5th, 2016 issue 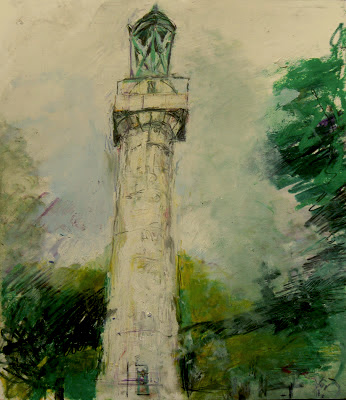 Please check out Rob Abruzzese's discussion of the commemoration of the prison ship martyrs of the Revolutionary war that took place on Sunday, August 27th.

'A few speakers pointed out that those who sacrificed and fought in the war actually led similar lives to those who live in the area today. Of course, day-to-day activities are not the same, but the speeches painted a picture of people who weren’t soldiers, but rather ordinary people trying to get through their lives.

“The skateboarders [of today] experience joys and freedoms denied the earlier youth, yet the latter's untroubled abandon would not have transpired without the suffering and sacrifice of the former,” Skrill said.

“As I watch today’s youths frolic and play, I am fairly certain that had the young patriot youth been floating above the monument, he might have had the wistful desire to join them in their joyful American lives. After all, he was a child,” Skrill continued. “Having the opportunity closed to him by his sacrifice, he might have said of that sacrifice, ‘well done.’”
Posted by Howard Skrill at 7:54 AM No comments: