The Hall of Fame for Great Americans - Restoration Edition 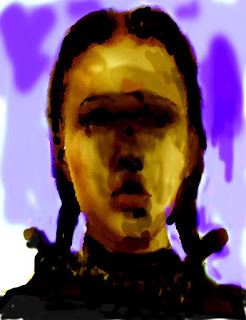 The pied piper of American decline should point his cavalcade of black Escalades with tinted windows from his 5th avenue redoubt in direction of the West Bronx campus of Bronx Community College and the Hall of Fame for Great Americans that sits at the rear of the campus.

The lack of new inductions in over forty years may have been a bellwether of American greatness' absence that the piper has successfully decried.

Standing at that dais, he could demand new busts immediately be added to the Hall as a sign of American greatness' restoration under his watch.

Artists should also create a Hall of Fame for those Americans who have been erased in the original march towards American greatness.

They should also maintain listing of busts of new inductees who are currently pending erasure as the piper initiates his grand restoration.

I will begin the later process by including in the Hall, a photoshop image that I have made of Dorothy Gale who was promised a bust by the Munchkins, a promise that has, as of now, remained unfulfilled.
Posted by Howard Skrill at 10:05 AM No comments: