Works from the Anna Pierrepont Series on Display at Holy Family University in Philadelphia, reception on Tuesday, February 23rd 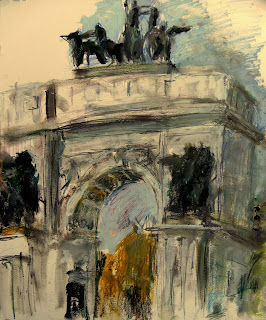 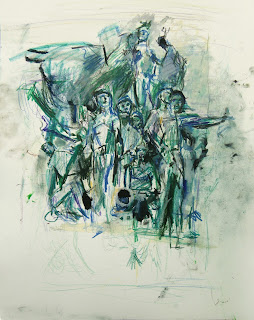 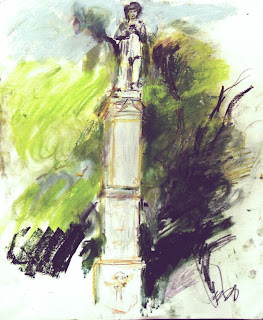 Here is the link to more information

Thanks to the curatorial efforts of Pamela Flynn, an art professor at Holy Family, the exhibition examines the nature of national identity and who belongs and who does not.

The exhibition opens today and continues throughout February.

It is being held in conjunction with a panel discussion at Holy Family on migration and identity.

I included this text from a label in the exhibition to accompany the images.

A central theme of the Anna Pierrepont Series is the utilization of public figurative monuments in the creation and perpetuation of national identity. I live in Brooklyn, NY. I am surrounded by representations created for the purpose of establishing collective 'American' identity among a diverse population whose cultural and national identities typically originate elsewhere. In order to create this identity, other identities need to be subsumed and rendered invisible. This process is the major theme of a pictorial essay 'Erasure' that was recently published in the online literary journal, Newfound. 'Erasure' explores, with significant depth, the kernels of national identity and how public spaces act as soil to be churned and tilled in order to transform identities through the twin processes of 'creation' and 'erasure'. Related to this theme, I include two images that confront the construction of national identity: Grand Army Plaza Arch [Soldiers and Sailors Arch] close to my home in Brooklyn, New York, a close up of union soldiers from that monument and a monument of a confederate soldier from the City Center of Greenville, South Carolina that I created this summer. A similar statue stands in front the State House in Columbia, South Carolina and is prominently depicted in recent photographs of the removal of the Confederate Battle Flag from those grounds. All of these drawings, from 2014 and 2015, are created on site and are 14" x 17", using oil stick, oil pastel, chalk pastel, graphite and colored pencil on paper.

Good luck to all!
Posted by Howard Skrill at 7:04 AM No comments: